The SIREN Surrender Module is a mobile apparatus designed to elicit surrender. It unleashes a lyrical weapon, a customized mix of the ever-popular tune, "I will always love you”. The SIREN song, originally written by Dolly Parton in 1974, became synonymous with Whitney Houston in 1992 in the film the “Bodyguard”. More recently, Saddam Hussein used a Syrian version of the song during his referendum campaign in 2002. It is also said that Osama Bin Laden had a raging crush on Whitney Houston and North Korean leader Kim Jong-il has the “Bodyguard” in his contraband movie collection. Coincidence? Could it be that this song is the axis upon which even the fiercest of hearts will turn?

The SIREN Surrender Module is equipped with an amplified sound system and a wireless motion-activated surveillance camera. The surveillance camera at the top of the flagpole detects the viewer's approach and captures still images of the surrender in progress. 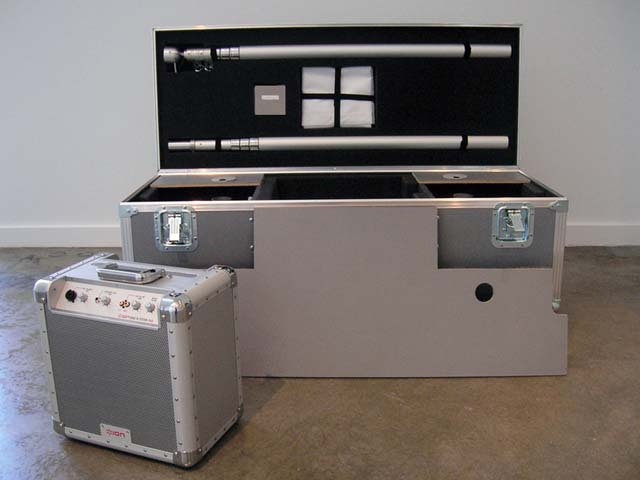