I was standing on the prime meridian the other day. The line itself is a particularly wide (about 2 1/2 inches) line of bronze embedded in the stone. It was twilight. Did you know at twilight a thin green line- a laser beam- shoots out of little door in the royal observatory across the greenwich night sky? I was standing between this line and the bronze line, facing north. I imagined a plane created between these two lines extending down- like a sheet of glass. Split in two by this imaginary divide, my heart was in the west. I incrementally began to move clockwise until I was facing south and my heart was in the east, then back again. 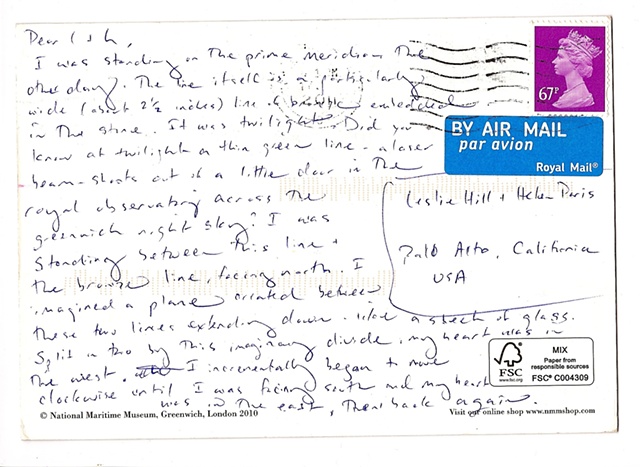